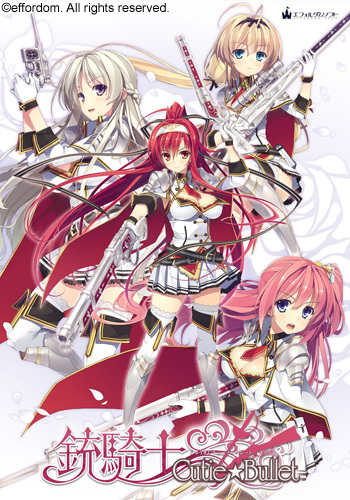 Ayato is a part of the Shirobara musketeer squadron, under the command of his imouto Miyabi. He didn’t have any subordinates, but the group was close like family, fighting against evil in the capital Louvre. His busy days came to a sudden end with the announcement that Shirobara will be disbanded. However, when they found out about a plot by the Akabara musketeer squadron, they gathered three other girls (Mayu, Reina, Sara) in order to stop them. He lived with them under the same roof in order to train for the battle, but… why are they wearing bunny outfits, sneaking in his bed, taking baths with him, and waking him up while straddling him? Can they prevent Akabara’s plot at this rate?