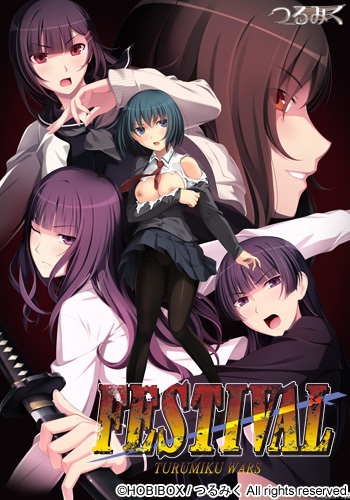 20XX year ─ ─ ─ The “Hammer of God” a mysterious meteorite came flying from outer space, hit the second capital of Japan to “neo-Osaka City”. Since then, a special electromagnetic field is formed in the neo-Osaka City neighborhood, this town was the big city to represent the West once turned into a ghost town, I can not enter non-human “Some cities abandoned” I was transformed into. The reportedly lost their lives by falling meteorite, prayed sorrow, for the repose No Japanese people ─ ─, many people around the world lament the misfortune many of the people living in Osaka. But they were not necessarily all perished still ─ ─. The power is low for some reason, compared to the scale of the explosion meteorite that came flying, people who survived is left behind in the “city abandoned”, and had survived by formed a village each in the town devastated ‘s. Leader of the village, a woman who drew strength due to the influence of a mysterious meteorite. But they can be overcome this hardship and collaboratively originally began strife. In order to get left in the meteorite landing area, the “thing with”. Women gained, he had received a message at the same time. Persons who have been, is a person, who has been chosen by God ─ ─ that you can get a “thing with”, and ─ ─ will save the shielding us and the surrounding itself. The fight has already begun. It’s the last remaining, or of who the hell ─ ─? Do you greet What on earth ending ─ ─? You decide it is up to you Source : http://goo.gl/NvVPsI