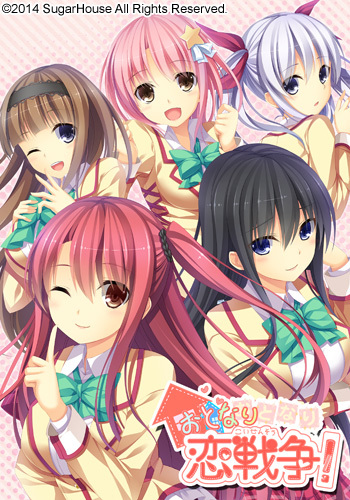 Yui and Suzuka lived next door to Yuuto and they’ve been together since they were born. They often fought over him and made promises to marry him when they grew up. He thought these happy times together would last forever, but they came to an end when Suzuka moved away.

Many years later, they re-appeared in front of his door. However, their love battle for him isn’t only limited to the two of them now, with his imouto-like neighbour Hotaru, lively kouhai Yuzu who calls him ‘oniichan’, and the respected daughter of the school chairman Manami also joining the fray. Surrounded on all sides, there’s no place to hide!?