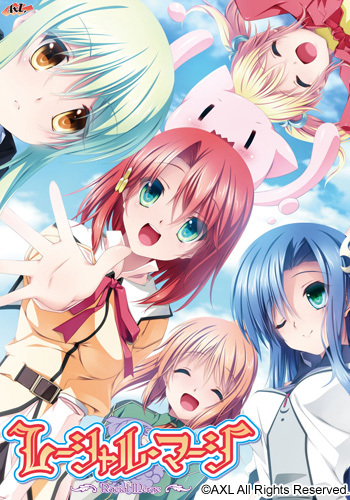 Will was the first youth from his remote village in 50 years to be selected for the elite school in the capital. Lovingly raised by the town’s elderly folks, he was a kind fellow who possessed great knowledge and technique. However, there were no young women in the area. They gave him a warm send-off and told him not to come back until he found a bride. Along the way to the capital, he came upon a lot of young women and also many people in trouble. His kindness led him to coming to aid of a blind girl Meryl, but she didn’t thank him in return. Later, he met her at the school, where she worked as a maid.

The Royal Invitational Institute for the Elite is an avant-garde school which aims to break down the wall between the nobility and commoners, with graduates becoming the elite who will help lead the country. However, that is merely the facade since social class differences exist within the school, with the commoners acting as servants to the nobility. However, having grown up in the country, Will could not grasp the concept of social class differences. While others would not dare casually approach a royal like the princess Phyllis, he only saw her as a ‘young woman’. His way of treating everyone equally gradually changed the deep-rooted discrimination at the school.