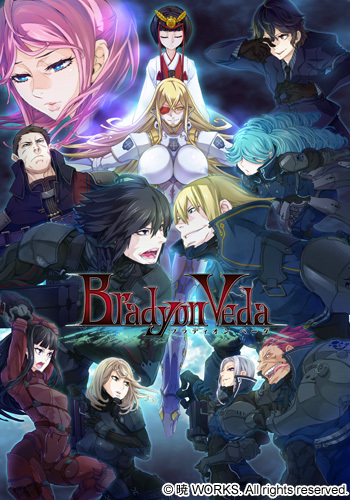 It’s been three years since the end of the tragic Great War. In the midst of the central city of Moloch in defeated Japan appeared a man, Naoto, bearing the rusted badge of Nephilim. Nephilim was the 10-man experimental elite special corps who possessed the powers of the gods and annihilated tens of thousands of enemy units. The immense powers which they held scared not only their enemies, but also themselves. Realizing this, their leader Komoe disbanded the group, but an internal struggle arose, leading to her death and Naoto suffering a serious injury. With the purpose of carrying on her intentions, Naoto stood up to seal those powers which should not remain in this world. What lies ahead in the future? Will it be sovereignty, harmony or destruction?