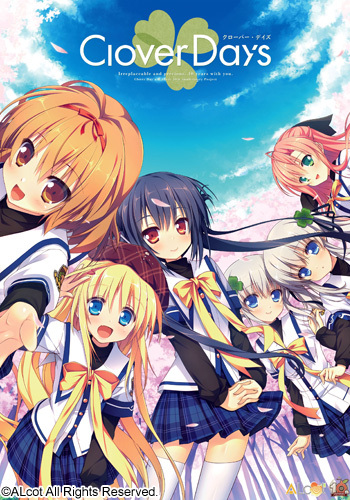 It was a buried memory.
It was an eternal oath.
It was a wish from the heart.
It was a regret kept for eternity.

And a childhood promise—

Yuuto was raised in an orphanage in England. He was taken to Japan after being adopted by Yoshiomi Takakura, an executive of his business.

Yuuto, who couldn’t speak Japanese, was supported by his twin sister-in-laws, the bright and shy Anzu, and the cool and reliable Anri, along with the innocent and gentle Tsubame, and the showy and devious Izumi.

The young boys and girls were unaware of love. They laughed and they cried, nurturing irreplaceable bonds.

The local scenery had changed so much, and so did Yuuto and the others.

–But there are also things that remained the same.

“Do you remember… the promise we made that day?”

Yuuto’s other childhood friends, Hekiru and Hikaru, moved overseas ten years ago.
They are together with Yuuto again, and their memories from ten years ago return with them.

Clover Day’s starts during those rich and fulfilling days.