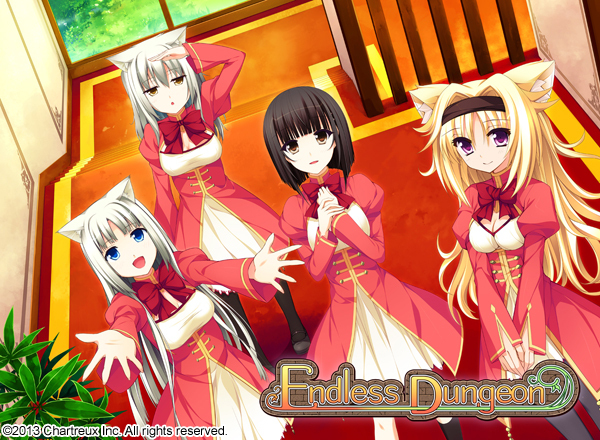 This is a sequel to the Tiny Dungeon series, featuring new heroines. Trinity is a school which trains future heroes. A half year after the past heroes successfully passed the trials, a group of new youths pass through the gate, brimming with confidence. One of them was Hime’s imouto, Miko, who came to support her brother. In addition, there was a second blond-haired dragon girl and two girls who came from 20 years in the future and are of a fifth race which was a mixture of all the special traits of the demons, gods, dragons and humans. What future lies ahead for our hero who had opened the gate?