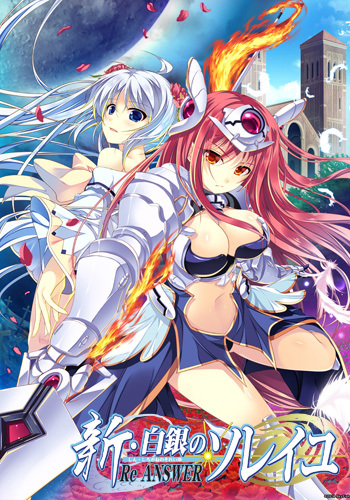 This title is the latest installment of SkyFish’s Soleil series, with a more serious focus. Hokuou Gakuen is located near the sea and encompasses a large area. One night, a young girl appeared on the nearby beach. Maybe she had descended from the overly large red moon or came up from the dim blue ocean. Afterwards, many strange rumours spread around the school, about a small goddess that could grant wishes and monsters which would eat humans.

Ryuuhei was a student with amnesia who was caught up in these incidents. A war maiden with crimson hair, Hagall, appeared before him. She crushed the monsters with her spear and held out her bloody right hand to him, inviting him to unleash Ragnarok again together.